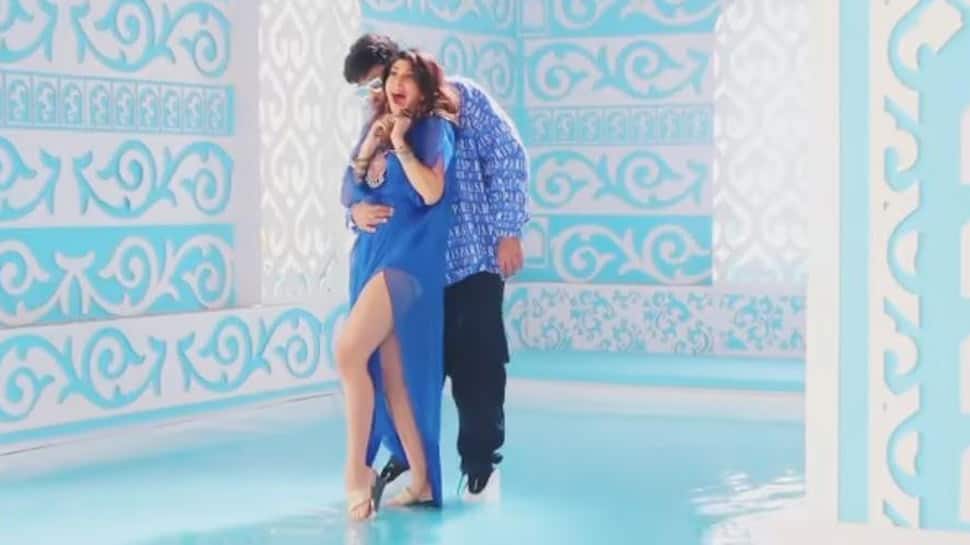 New Delhi: Actress Jacqueline Fernandez has set the temperature soaring in her latest song ‘Paani Paani’ with rapper Badshah. Her fans are floored with the captivating looks and scintillating dance moves. Recently, the actress took to her social media and shared a video of the Behind-The-Scenes  (BTS) of the song, where she showered her team with praises and love.

In the video, Jacqueline can be seen goofing around the streets of Rajasthan, with her team. She is also heard saying alongside Badshah, “Genda Phool has been huge, and ‘Paani Paani’ will be just like that.”

Her all 3 different and mesmerizing looks from the song are also at display in the video, which is nothing short of a visual treat.

On the work front, Jacqueline will be seen in Bachchan Pandey with Akshay Kumar and Kriti Sanon, Cirkus with Ranveer Singh, Bhoot Police with Saif Ali Khan, Yami Gautam and Arjun Kapoor, Kick 2 alongside Salman Khan and the recently announced Ram Setu with Akshay Kumar and Nushrratt Bharuccha.